Barkcloth to the Roots and Ankole Cowhorn Exhibition

The Uganda Embassy in Washington, DC is a proud sponsor of the Barkcloth to the Roots and Ankole  Cowhorn Exhibition which was launched on February 26th 2022 at the African Textile Museum in Stonecrest, GA. 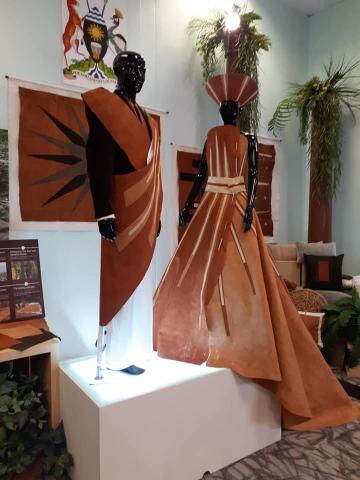 The Embassy donated two Barkcloth (lubugo) installations created by Designer Jose Hendo, and two giant pairs of polished Ankole cowhorn to the Museum, in honor of Black History Month to remind Americans of African descent of their beautiful heritage.

Lubugo is the oldest known natural textile declared in 2005 by UNESCO "a Masterpiece of the Oral and Intangible Heritage of Humanity". 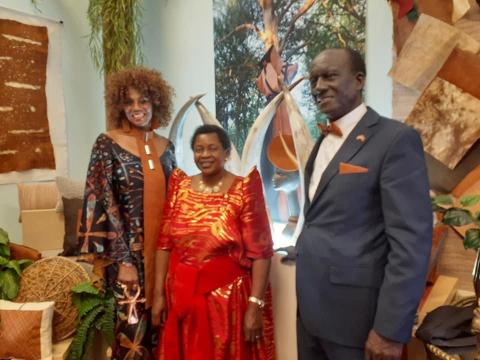 If you are ever in Atlanta, find some time to hop over to the New Black Wallstreet Market and visit this beautiful dedication to Africa's heritage and excellence in  natural textile creation.

The Mayor of the City of Stonecrest issued a Proclamation declaring February 26th Bark to the Roots Day. 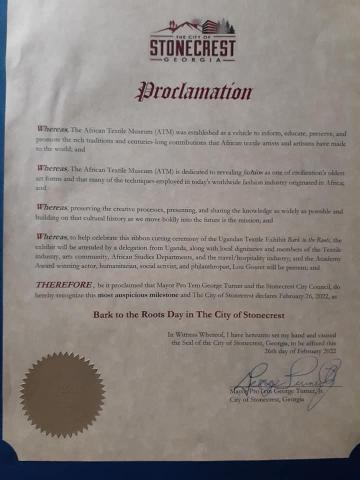 The inspiration came from the Uganda Coat Of Arms, particularly:

The Crested Crane in the woman's head piece

The shield in the crisscross of the male attire

The spears in the lines of the male attire

The Sun in the rays reflected in the woman's attire  and the set up is meant to echo the way our ancestors wore Barkcloth was also a huge source of inspiration. 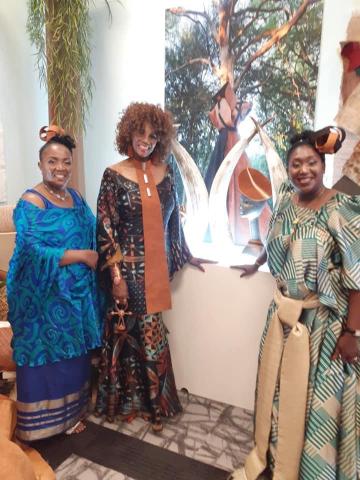 The Ambassador and members of staff also wore accessory items of Barkcloth to demonstrate its versatility as a textile.