Uganda is characterized by a diversity of religious beliefs and practices. The findings of the 2014 Census indicate that Catholics are the largest religious denomination constituting close to 40% of the population followed by Anglicans with 32% and Moslems with about 14%. Together these denominations account for more than 80% of the total population.

PERCENTAGE DISTRIBUTION OF THE POPULATION BY RELIGION 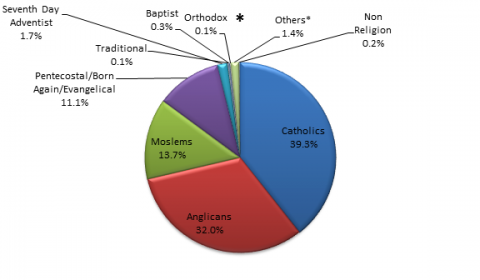 Of the Christian population, the Roman Catholic Church has the largest number of followers, followed by the Anglican Church, while Evangelical and Pentecostal churches claim the rest. The Muslim population is primarily Sunni. Traditional indigenous beliefs are practiced in some rural areas and are sometimes blended with or practiced alongside Christianity or Islam. Indian nationals are the most significant immigrant population; members of this community are primarily Ismaili (Shi'a Muslim followers of the Aga Khan) or Hindu. The northern and West Nile regions are predominantly Catholic, while Iganga District in eastern Uganda has the highest percentage of Muslims. Judaism is practiced in Uganda by a small number of native Ugandans known as the Abayudaya.The rest of the country has a mix of religious affiliations.

SOME RELIGIOUS SITES IN UGANDA 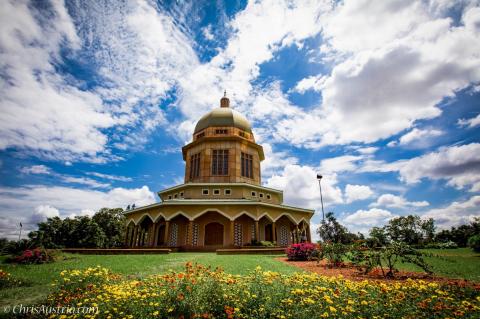 One of the world's seven Baha'i Houses of Worship is located on the outskirts of Kampala. 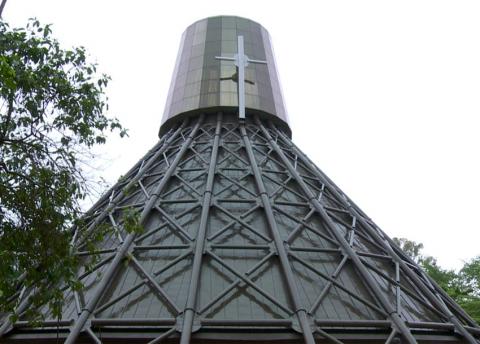 Martyrs Day is one of the most celebrated religious events in Uganda held annually on the 3rd of June. The day honours the martyrdom of 45 young men both Catholic and Anglican who converted to Christianity between 1885 and 1887 to the annoyance of the then King of Buganda, Mwanga II, who had them executed by fire when they refused to denounce their new faith. Twenty-two Catholic Martyrs were beatified on June 6, 1920 by Pope Benedict XV, and on October 18, 1964, Pope Paul VI canonised them as Saints. 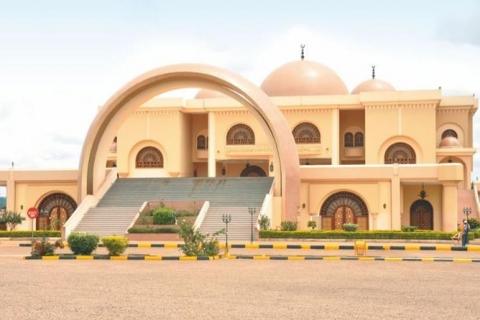